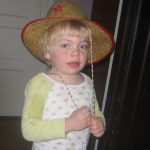 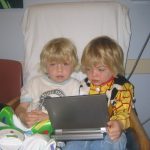 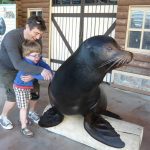 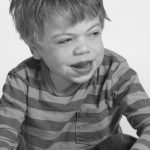 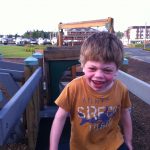 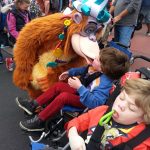 Tell others the story of Tobias
Add memories, thoughts, wishes to the guestbook of Tobias (Toby) Mingo

Remembrance
by Dutch MacDonald, Toby’s dad
Becky and I were thinking about Toby and started to pull out books that he loved over the years. These are books from all parts of his life, from a babe, to a toddler with Soorie, his nanny, to the wonderful years at Shady Lane, and beyond.
As I was looking over this pile of books, it dawned on me, that they all had one thing in common: mischief.
Whether a curious little monkey, or that Sam-I-Am, or a boy playing with Strega Nona’s pot, or a bear on blustery day, or a mutt trying to solve a mystery, the characters went looking for, or simply found, a little trouble. Of course in the end, lessons were learned, and hearts were touched. All’s well in the end with just a “little” mischief.
Toby loved these stories.
I think he incorporated these stories into how he lived life. When Toby and his brother Max were diagnosed with MPS, Toby was just two years old. Becky and I decided early that our job was to love them unconditionally and give them the best life we could. At that time, we didn’t know how short or long those lives would be and we decided to live in the moment as much as we could.
A few months later, like one of Toby’s favorite books, Bunnies on the Go, we took off to Italy and met up with friends. Toby liked to travel and we travelled far and wide while he could: from New York to swimming pools in Miami; from California to summer beach time in Lewes (where there might have been a few Pirates); and as far away as Umbria (oh the pasta!) and Dubai. And he travelled every way that those Bunnies did – except by hot air balloon.
Like Curious George, he loved discovering things and working on puzzles. He was the guy that got all of the kids at Shady Lane to play with jigsaw puzzles. He liked the hard ones, and when they weren’t hard enough, he flipped them over and assembled them upside down. One day, Becky came downstairs to find all of the keys removed from her laptop, arranged on the table. “Look Mommy, puzzles!” he announced…bad little monkey.

Toby loved monkeys and most animals, whether ponies at the farm or a misfit baby elephant with extra-long ears. He cherished all things “zoo,” including the book, We’re Going to the Zoo, to which we would sing the words at night. We went to the San Diego Zoo for a Make-a-Wish trip to see the animals up close like another one of his favorite books (from Becky’s childhood) I Was Kissed by a Seal at the Zoo. And if they weren’t real animals, the carousel at Schenley Park or at FunLand in Rehobeth would certainly do if you just needed a few giggles.
Toby was a big appreciator of art. He loved looking at sculpture (especially medieval animals) and complicated drawings. I think he loved Cloudy with a Chance of Meatballs and Mary wore Her Red Dress, as much for the line art as the verse. He would study those pictures for hours.
Like Sam I Am, he was always up for convincing you to try things his way. Green Eggs and Ham (or as Toby said it back then, Green Eggs and H-A-A-A-M!) was one of his favorites when he was in the Partners classroom at Shady Lane, reading with his blue specs and hearing aids. Even as the disease robbed him of his ability to speak, he still was willing to surge ahead, tugging at your hand, “would you like them, here, or there?”
He had many more books that he loved and I think they were a comfort to him. He looked at them as he got infusions in the Infusion Center at Children’s Hospital, he looked at them in his room, and we read them before bed. I think they helped him navigate his disease and I hope they were a comfort as he lost his abilities.
Toby lived every moment until the end. He had a great day with his amazing teachers and friends at the Pioneer School, including a little mischief by trying to engineer an escape from his room. After school, he went to the beautiful Octopus Garden and rode the serpent with Becky, Max and Atticus. They all celebrated one of our aide’s birthday with candles and cupcakes, Toby giggling all the way (and eating some 4 cupcakes.) He jumped on his trampoline and he and I cuddled watching Brave until it was time to go to bed, still giggling as he went. Like The Day the Babies Ran Away he decided, “hey, hey what a day!” And then he went to sleep, and never woke up.
What I have learned from Toby, and what can we all learn form his example?
I’ve learned to live life with curiosity and a little mischief; to puzzle through the hard stuff with zeal; to have the courage to face every day with a smile; to find joy against all odds; to make your tiny mark on the hearts of others; and at the end of the day, leave the world on your own terms, in a house full of love.