There are no cures for MPS and ML, and there are only a handful of approved treatments. However, there are a number of emerging treatments and therapies currently in development at the following companies: 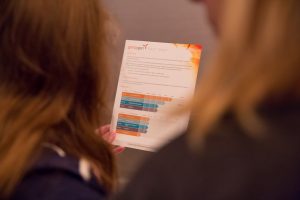 Abeona is developing next generation adeno-associated viral (AAV)-based gene therapies for MPS III (Sanfilippo syndrome), which involves a one-time delivery of a normal copy of the defective gene to cells of the central nervous system with the aim of reversing the effects of the genetic errors that cause the disease. The company has enrolled its first MPS III B patient in a Phase 1/2 clinical trial for ABO-101 (AAV-NAGLU), a single treatment gene therapy.

AGT‑181 is a novel, investigational enzyme replacement therapy (ERT) for the treatment of neurological complications in patients with Hurler syndrome. The ERT has received Fast Track designation from the FDA.  AGT-182 is a fusion protein of iduronate-2-sulfatase (IDS), engineered to cross the blood brain barrier in MPS II patients. AGT‑184 and AGT-187 are investigational enzyme replacement therapies (ERT) for the treatment of Sanfilippo A and B syndromes and have shown enzyme activity comparable to recombinant SGSH in animal studies. For the latest update, click here.

Denali has developed a new approach in the treatment of MPS II (Hunter syndrome). This investigational therapeutic, DNL310, is designed to broadly and efficiently deliver the Iduronate-2-sulfatase (IDS) enzyme across the blood-brain barrier to the neurons and other important cell types in the brain.  This investigational IV enzyme replacement therapy aims to address the physical, behavioral and cognitive aspects of Hunter syndrome. DNL310 is an investigational drug and is not approved by any Health Authority.

ELX-02 is a translation read-through inducing drug (TRID). Read-through therapy is a treatment strategy for genetic diseases caused by nonsense mutations to increase translation and restoring activity of the mutated proteins.

ESTEVE and the Universitat Autònoma de Barcelona (UAB) create a promising platform of gene therapy projects with the addition of two new therapies for Sanfilippo B (EGT-201) and Hunter syndromes (EGT-301).

ISP™ therapy strikes a balance between the benefits of a HSCT, and risk profile of ERT. Despite the risks, HSCT has the ability to halt progression of the neurological deficit and prevent premature death due to heart or liver disease. An ISP™-based treatment for MPS I is less risky because it uses the patient’s own cells, doesn’t require myeloablative chemotherapy,and can be turned off once administered. Immusoft is currently filing regulatory documentation to support a Phase Ia/Ib clinical trial to treat MPS I with an ISP™ cell therapy product.

Inventiva’s MPS VI drug, odiparcil, has received orphan drug designation in the U.S. and Europe. The company is enrolling patients in a clinical trial for the drug at two sites. Results from the Phase IIa study are expected during the first semester of 2019. For the most up-to-date information on odiparcil, click here.

Lysogene is developing a gene therapy candidate for the treatment of MPS IIIA, which is designed to use the AAVrh10 vector to deliver the human SGSH gene directly to the central nervous system. The company expects to begin enrollment in a Pivotal Phase clinical trial in the second half of 2018. The company recently completed the enrollment for the first multi-national observational study in MPS IIIA which will function as the non-concurrent control for the first pivotal trial for MPS IIIA in 2018. Lysogene has obtained orphan drug designation from the EMA and FDA and rare pediatric designation by the FDA.

The MeuSIX consortium plans to conduct a multicenter phase 1/2 clinical trial to investigate the safety and efficacy of AAV-mediated gene therapy in patients with MPS VI. An orphan drug designation (ODD) has been obtained from both the European Medicinal Agency and the US Food and Drug Administration for the MPS VI therapeutic AAV vector.

Dr. Haiyan Fu’s team in the Center for Gene Therapy has developed a systemic gene delivery approach to restore the activity of the enzyme (α-N-acetylglucosaminidase) in the central nervous system and somatic system, showing functional benefits in treating MPS IIIB I mouse model.

The U.K.-based company is currently working on a lentivirus-based autologous ex-vivo gene therapy for Sanfilippo syndrome type B (or MPS-IIIB). Data and information are still being collected before moving to the human clinical trial phase.

REGENXBIO is a leading clinical-stage biotechnology company seeking to improve lives through the curative potential of gene therapy based on its proprietary NAV® Technology Platform, which consists of exclusive rights to AAV7, AAV8, AAV9, AAVrh10 and over 100 other novel AAV vectors.

REGENXBIO has two investigational therapies in clinical development for the treatment of mucopolysaccharidoses:

To learn more about REGENXBIO and its MPS programs, visit www.regenxbio.com or contact [email protected]

SB-318 (MPS I) and SB-913 (MPS II) are designed to provide stable, continuous production of the enzymes IDUA (MPS I) or IDS (MPS II) for the lifetime of the patient. Sangamo’s approach is designed to enable the liver to permanently produce circulating therapeutic levels of a corrective enzyme product. As of Nov. 15, 2017, Sangamo treated its first gene editing patient in clinical trial setting.

Planning a study to obtain blood samples from patients who completed Shire study HGT-ELA-038 and to confirm the suitability of such blood samples for validation of the CRIM assay. If the samples are suitable, the CRIM status will be correlated with various clinical parameters data collected in HGT-ELA-038.

For the latest information on the study of SHP609, please see this interview with Hartmann Wellhoefer, M.D., VP and Head of Medical Affairs, Rare Diseases & Internal Medicine at Shire.

Sigilon is developing potential functional cures for chronic diseases using their Shielded Living Therapeutics™ platform. Their engineered cell therapies are designed to restore cell function in patients living with chronic diseases such as lysosomal diseases and other rare disorders. They are  expecting to initiate their first Phase 1/2 trial in patients with MPS-1 in the second half of 2021.

The FDA has accepted the investigational new drug (IND) application for the drug SOBI003. In addition, SOBI003 was granted Fast Track status by the FDA. SOBI003 is a chemically modified human recombinant sulfamidase for the treatment of MPS IIIA. Sobi is preparing for clinical studies, which it plans to start in 2018. Clinical studies will focus on exploring the safety and efficacy of SOBI003 in MPS IIIA patients. The clinical study with SOBI003 is planned for 2018.