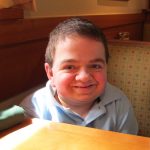 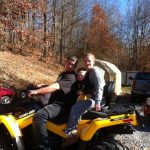 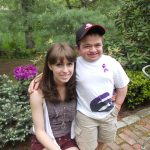 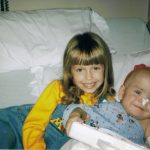 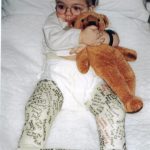 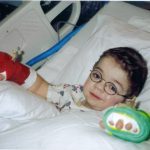 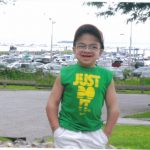 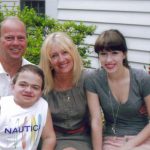 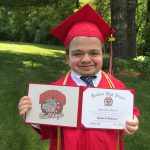 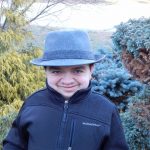 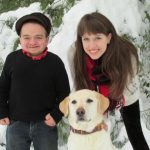 Sam Caswell is the son of Heidi and Keith Caswell, and he has one sister named Jenna. Sam was born on July 5, 1996 weighing almost nine pounds with ten fingers and ten toes; the doctor said he was perfect! (which of course he IS!)  Noisy breathing, many ear infections, a constant runny nose, and other things that “just didn’t seem quite right” FINALLY warranted a referral from the doctor to  a genetic specialist after months of pleading. On March 10, 1997 after testing was completed, “life as we knew it” forever changed. Sam was diagnosed with MPS1/Hurler Syndrome, a rare metabolic disease that affects 1 in 100,000 births in the United States.

Sam was missing an enzyme that would prevent his body from breaking down materials in cells that build bones and cartilage, and are then meant to leave the body much like a recycling system. When this doesn’t happen they accumulate in every organ of the body causing early death, usually between the age of two and five with no treatment. They also store in the bones causing huge orthopedic problems. We learned shortly after diagnosis that a bone marrow transplant was a fairly new “treatment” but not a cure. Chemotherapy and full body radiation were used back in ’97 to kill of a patient’s own bone marrow to get the enzyme in to the body through the donor’s bone marrow. Sam’s brave six year old sister Jenna tested as a perfect match for him, and shortly after his first birthday he received her life saving bone marrow. That birthday and the next four months were spent living between the transplant floor in the hospital and the Ronald McDonald House in Minneapolis, MN. The enzyme would reach Sam’s major organs, but not get in to the bones, which would cause a multitude of orthopedic problems throughout his life. Sam is followed by twelve specialty doctors and has had thirty surgeries in his 24 years, the most recent being an open heart surgery with many complications.  His quick rebound after a 41 day hospital stay in ICU was remarkable, and just like everything else life has thrown at him, he remained positive showing us what true strength is.

Sam is attending Southern New Hampshire University and will receive his Bachelor’s Degree next May. He received the Inspiration Award when he graduated from Manchester Community College with his Associate’s degree and will be receiving a Penman Pursuit award next month at his current college. He is part of the Student Government and Campus Activity Club. He has gone to Washington DC with other members of the MPS Society to advocate for MPS and other rare diseases on Capitol Hill. These visits always included the importance of the need of Newborn Screening in every state.  Sam and his mom spoke at the New Hampshire Newborn Screening Board meeting in Concord, NH on the night MPS1 was being voted on to be added to the state’s Newborn Screening panel.

Sam may only stand 3’10” due to MPS1 and having had full body radiation, but what he lacks in height he makes up for in heart and drive. He embraces life with compassion, courage and hope and has taught us to do the same.

MPS and related diseases do not get the national coverage like most diseases because MPS is rare and unknown by the general public. My life goal is to bring awareness and continue to raise funds that will enable researchers to find a CURE for all MPS diseases that rob young children of their lives and break the hearts of families around the world.

Thanks for visiting my page! Please help me with my fundraising by contributing to this great cause!

Making a donation is easy and safe- simply click the “Donate” button in the upper right to donate.

Make sure to bookmark this page and come back often to check on my progress!

If you prefer paying by CHECK, mail to: 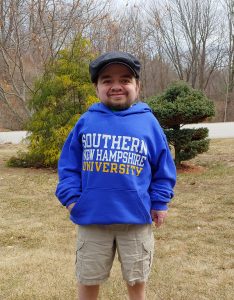