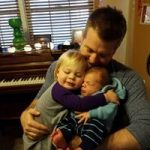 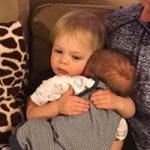 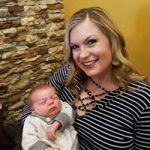 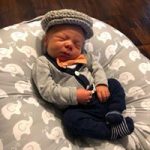 Tell others the story of Drake
Write to guestbook
My goal is to raise $2,000
Total: $50

This sweet little guy joined our family on January 25, 2018. His big sister was instantly enamored, and we were over the moon.A day shy of his 2 week birthday we received a call from his pediatrician. One of Drake’s screening tests from the hospital was abnormal. A quick search on the computer told us that this was potentially a pretty devastating diagnosis. We saw our pediatrician that afternoon who told us some of these screening tests had false positives. We were sent to St. Louis the same day for further lab tests. Then we waited. The next 8 days were some of the scariest, longest days of our lives. Then we got the phone call that confirmed our worst fears….Drake had MPS1. MPS 1 is divided into the severe form, or Hurler Syndrome, and the less severe, or attenuated form. One week later, at one month old, the diagnosis of Hurler Syndrome was confirmed with a DNA test.

Hurler is a rare genetic disorder, only 1 in every 100,000 live births. Basically, Drake lacks an enzyme that breaks down large sugar molecules that build up all over the body. This is a progressive disorder that affects nearly every system of the body, most notably; the brain, bones, heart, liver, spleen, eyes, and ears…leading to short stature, facial abnormalities, and a lifespan less than 10 years without treatment.

We are lucky enough to live in a state that screens for this disease on newborn screening tests. Otherwise, Hurler is usually not diagnosed until 6-8 months or later when quite a bit of damage has already been done. The earlier a patient is transplanted, the better outcome. Drake will have a bone marrow transplant when he is about 3 months old.